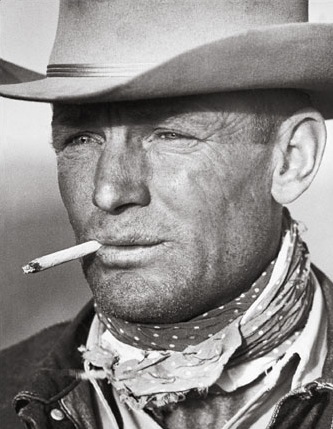 I remember Mama but she wouldn’t want you to call her that. No, she was no Mama in the traditional sense. I remember her saying to me about my older brother’s young kids; “they’re not my kids” meaning as a Grandma why the hell should she be overly concerned with them? I called her Mom and probably spent the most time with her – loved her the most – and knew probably best as to her quirky character. I learned her character because I am her, and I spent the most time with her following her separation and divorce from my Dad.

She left him for good in 1974. I was thirteen years old. It was about a year and a half after her Mother died and a rich aunt of hers died leaving her a sizable, though not huge, inheritance. Apparently she thought life with the family was too restrictive and though my parents never fought or argued in front of we two kids there was conflict – based on control of the family finances by my father and the too limiting role for Mom of mother and spouse. This was the era of the Woman’s Liberation Movement, Cosmopolitan magazine, and the free-spirited “Cosmo” girl. After her housewife mother died, Mom, a beauty, chose to fly. The death of her rich aunt and the inheritance gave her the wings in which to do so.

What can be said? She dumped the bum, the pooch, and the two progeny; older by two years brother and I. He was fifteen and I was thirteen; both just ready to really begin experiencing the world. Dad was hurt as I can see it but carried on just the same. He first moved to a cot in the north forty of our large home (Dad was a successful stockbroker), and later into a kitchenette motel room and a small cabin-house located in a lake park. Living at one of these locations Dad stopped by the house. He picked me up to do something and I suggested we go to a movie I knew of. It was currently playing and quite controversial. Dad, not an incredible movie buff (he liked musicals) agreed to get me into an “R” rated production.

We entered the theater while the movie had already briefly started. We sat down in the darkened theater, some ways back in the large center aisle, and got ready for the film “The Exorcist” to kick in. And kick in it did. Dad took it in, but I could see – like I – he was rather shocked. At one point in the movie, a tension oriented quiet moment, the point where the possessed little girl character Reagan was going to assault herself with a crucifix, in the quiet of the drama leading up to this, when all was dead quiet in the theater, when were all on edge due to the roller-coaster we had been seeing, Dad let fly one of his trademark huge sneezes. He did not, like he often did, say “Of ff-da!” after the seismic blast, but the sparse crowd that was there, at this night showing, couldn’t contain themselves. They roared with laughter. I thought it was great the crowd was small and it was dark in there. When the laughter subsided, and Dad was obliviously blowing his nose into his handkerchief, he looked a bit about him. He wore an expression of “What?” and he directed it most at me.

“I think you startled them in a humorous way,” or some such thing I said. Then the loudness and clamor of the scene on film overtook us all and were back inextricably into the ebb and flow of the movie.

Dear Dad, you just can’t beat his un-self-conscious ways. That night I had to go sleep in the master bed with my Mom, because I was so scared. I guess there are valid reasons for a thirteen year old not watching “R” rated movies. A few months later, Mom left our city to live alone in the big city, in nearby Minneapolis. Dad and we kids moved into a new-built condo a valley over from our old house, and with Dad and brother, a new Mom-less chapter in our life began. We were about to begin a more adult “single” stage of our lives, and this prospect cooled considerably the sadness begun by the parent’s breakup and what it meant for our lives. Besides, with Mom living alone in Minneapolis, that meant I could take a jet plane ride to visit her, by myself, and I could go live with her, her and I, and I could explore as much I could a big city! Therefore, selfishly at the time, the separation was alright with I.

Mom never stopped smoking. Except in the shower or while asleep. She would never crack a window in the car nor not smoke wherever she wanted to smoke because you could do that back then anywhere, even in the hospital. She had to be smoking right up to the time of having me; I don’t see a time of her not smoking after the age of sixteen or so. I’m not really sure how young she started smoking, just that it was in the middle of the latter (Humphrey) Bogart era. Mom too liked to drink.

Mom’s drinking increased following her leaving Dad and departure from our family. She liked Martinis, vodka martinis. Later she would dispense with the vermouth and just drink straight vodka. I have not been able to determine proportionally how much of her high alcohol intake was in response to the potential negative (or liberating?) psychological effect leaving her family had on her or that she just flat out was a lush and really liked the feeling of getting high? You know drinking and cigarette smoking were considered chic back then along with being independent and free. I mean there was a certain lifestyle back then and smoking and drinking were major pillars within it. As Mom used to say; “a drink in one hand and a cigarette in the other.”

From viewing myself, and then viewing my Mother, as old as I am now, I most rather think it was her friends at the part time job she got – before leaving my father – that propelled her to go from our cozy nuclear co-habitation. She got a job at a woman’s clothing store – a very small shop next to a larger place that sold furs. Both were part of a family-owned company that the large, centrally located, three story with basement and attic level, over century old former funeral home most substantial brick dwelling could provide. The small shop was named, “Next Door Two,” and sold stylish woman’s apparel. It accompanied the larger fur salon just across a small courtyard in the same building. This was Eihler’s Furs; a regional concern.

It was there she interacted with Rhonda, her co-worker at the ritzy ladies wear boutique. Rhonda had been widowed young, and had three children, but that didn’t stop her. As her former husband was of that class – he a lawyer I believe – and she a part of the upper crust – an attractive asset she possessed for men was her large bosom – and she was doing well with men in her life and independent. Apparently it was her influence and the circumstances of which I have outlined above, that led to the “adolescent adjustment” that when I now think about it, yeah, it probably did affect the entire future course and direction of my life. I mean, the living, teaching or studying in Jamaica, Ukraine, Moldova, Thailand, Cambodia, Antigua, China, England, and the high education stuff, the women at every landing, and no over entangling alliances resulting if that’s what you mean. Yeah, it’s been very bad for me. Nothing permanent, but is anything? I mean, by traveling around to nearby countries from the country in which I lived for twenty-four years I’ve seen much probably even the best-traveled will never see.